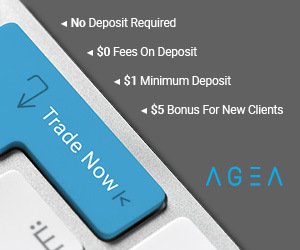 FXTRADING.com do not have a dealing desk, so our traders do not experience requotes or price manipulations.

FXTRADING facilitate your trades, not hinder them. We allow scalpers and EA’s (expert advisors) to trade in an unrestricted environment and offer excellent trading conditions for EA’s, Robots, Scalping and high frequency trading.

FXTRADING.com offer raw spreads which start from 0 pips, as we connect to deep institutional liquidity sourced from over 25 top-tier banks and ECN liquidity providers such as Fastmatch, LMAX and Currenex.

Hedge Counterparty means a Market Participant with whom FXTRADING.com enters into a Hedge Contract to hedge FXTRADING.com’ exposure to a Foreign Exchange Transaction.

15.1 In respect of each CFD entered into between you and FXTRADING.com, FXTRADING.com will use its best endeavours either to acquire the relevant Reference Asset or enter into a Hedge Contract with a Hedge Counterparty on terms that FXTRADING.com determines reasonably corresponds with your CFD.

15.2 When you dispose of a CFD, FXTRADING.com will try to dispose of the relevant Reference Asset or Close Out a corresponding Hedge Contract with the Hedge Counterparty, whichever is applicable.

5.8. We and our related bodies corporate may enter into Transactions with you as principal, whether in respect of Financial Products able to be traded on a Financial Market or in respect of overthe-counter Transactions such as Derivatives or Foreign Exchange related Transactions. If permitted by law and the Rules, we or an associate may take the opposite position in a Transaction with you. Your Orders may match opposite Orders of another person who is our client, and this may entitle us to receive commission from both sides of the Transaction. Similarly, if we deal as principal, then your Orders may match opposite Orders entered by us as principal or as agent for others and you authorise us to charge you commission in respect of your Transaction in those circumstances.

▪ FXTRADING.com Products are sophisticated, high-risk, over-the counter financial products issued by FXTRADING.com. They are not exchange-traded.

FXTRADING.com Products to you based on the price it gives you, not by acting as broker to you. FXTRADING.com obtains its price by dealing with its Hedge Counterparty.